Introduction: Manuscripts and collections. Title page of edition. Epistle dedicatory. The antiquitie of London. The wall about the Citie of London. Of the ancient and present rivers [etc]. The ditch sometimes compassing the wall of the same. Gates in the wall of this Citie. Of Schooles and other houses of learning.

Houses of students of the common law. Of orders and customes of the Citizens. Sports and pastimes of old time. Edited by W.

Edward Riley and Laurence Gomme. By Walter H Godfrey. The second volume covering Chelsea covers those parts of the parish not included in Part I , with the exception of the Royal Hospital and Chelsea Old Church. Lincoln's Inn Fields is covered in Volume 3. Edited by James Bird and Philip Norman. Edited by Walter H.

The rest of the parish is surveyed in Volume Cox and Philip Norman. Cox and G. Topham Forrest. Edited by G. Gater and Walter H. The second part of the survey of the parish includes the Custom House and the several quays on the Thames, as well as buildings on Great Tower Street, and Muscovy Court and Catherine Court in the northern part of the parish. Gater and E.

Describes the part of the parish at the north end of Whitehall, including the Admiralty, the Horse Guards, and old Scotland Yard. It covers the village of Highgate, including Kenwood. Gater and F. Edited by J. Howard Roberts and Walter H.

Describes the areas to the east, west and north of Tottenham Court Road, including University College London and Euston station prior to its redevelopment. Edited by Howard Roberts and Walter H. An account of these two parishes on the south bank of the Thames, from London Bridge to Blackfriars Bridge. Published to coincide with the Festival of Britain Exhibition of , this volume covers the northern, riverside portion of Lambeth, between Waterloo and Vauxhall Bridges. As well as giving the history of the Festival site itself, the book focuses on the venerable buildings and monuments then scattered among the mostly nineteenth-century houses, dwellings and factories.

Chief of these is the Archbishop of Canterbury's residence, Lambeth Palace, which is described and illustrated in detail. Godfrey and W. Edited by Ida Darlington. A description of these two Surrey parishes, lying south of the Bankside area described in Volume Edited by F. Much of this area is classic suburbia of the later eighteenth and nineteenth centuries - late-Georgian terraces in Kennington; detached and semi-detached villas in Brixton, Denmark Hill and Herne Hill.

There are two interesting planned estates: Stockwell Park, a Regency 'rus in urbe', and Angell Town, with its heavier, early Victorian manner. Spitalfields is well known for the handsome silk-weavers' houses in and around Spital Square, Fournier Street and Elder Street, with their distinctive weavers' garret workshops.

The greater part of this volume is devoted to a detailed account of these houses. The area's principle monument Nicholas Hawksmoor's masterpiece, Christ Church, Spitalfields —29 is also studied in detail, and its complex building history explained, making use of the then recently discovered archives of the Commissioners for Building Fifty New Churches. In addition, the volume takes in the adjoining suburb of Mile End New Town, an area of eighteenth-century origin, largely rebuilt in the late nineteenth century, and at the time of writing undergoing extensive redevelopment for public housing.

Spitalfields Market, and the well-known brewery of Truman, Hanbury, Buxton and Company, are also described. Eden, Marie P. Draper, W. Grimes and Audrey Williams. An account of Brooke House in the parish of Hackney. Built in the fifteenth century, it was held by, amongst others, Thomas Cromwell.

Used as an asylum between and , it was demolished as a result of bomb damage in —5. These volumes cover the part of the parish of St James which lies south of Piccadilly, between Haymarket and Green Park. The story of its development is fully explored, with accounts of Wren's parish church, the aristocratic houses in St James's Square, the theatres on the west side of Haymarket, the gentlemen's clubs of Pall Mall, and some of the West End's most prestigious private palaces, including Spencer House and Bridgwater House. 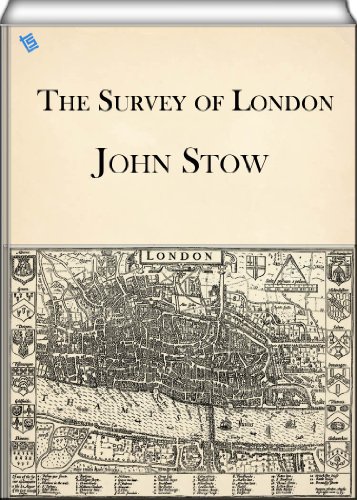 These volumes complete the Survey's study of St James, describing the northern part of the parish, between Piccadilly and Oxford Street. This is a varied area, lying astride Regent Street, embracing tightly-packed streets in Soho and more orderly developments in the Savile Row area. The principal monument here is Burlington House, which is dealt with in some detail; there are also accounts of the streets of Lord Burlington's adjacent estate. The history of James Wyatt's Pantheon, of , is also given. Note: Regent Street itself is not included, though there is a short account of the rebuilding of the Regent Street Quadrant in — These volumes describe Soho, the most famous of London's cosmopolitan quarters.

Many of the streets here were first built up in the late seventeenth century under the building speculators Dr Nicholas Barbon and Richard Frith. Some fine Georgian houses are described and illustrated, for example No. Many well-known West End theatres are also found here. An account of the history and buildings of these two prominent London establishments, from their origins in the seventeenth century to the twentieth century.

Covent Garden has a special significance as the birth-place of modern town planning in London. 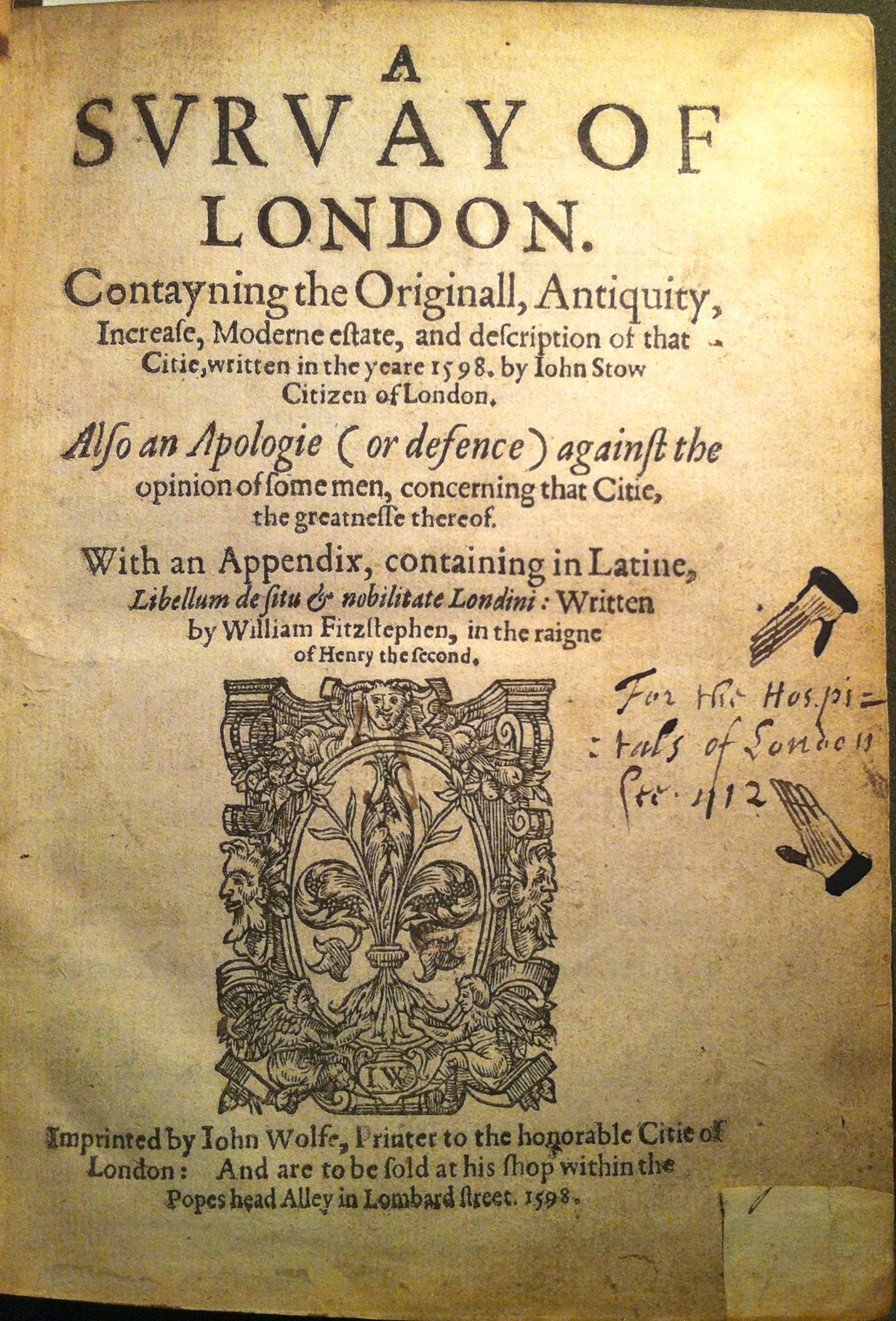 Inigo Jones's Italianate Piazza, designed in the s for the 4th Earl of Bedford, was unlike anything the capital had seen before, and provided the prototype for the laying-out of London's suburban estates for centuries to come. Based on a detailed study of the surviving fabric and the Bedford Estate's archives, this volume recounts the story of the Piazza's evolution and eventual redevelopment , including the building of St Paul's Church, the area's principal monument.

In addition to the Piazza and surrounding streets, the volume also describes the buildings of the Covent Garden Market, at the time the nation's principal market for horticultural produce, since removed to Nine Elms, Battersea. This is first of the Survey's four volumes to cover Kensington, an area synonymous with Victorian architecture.

It concerns the area to the north of Kensington High Street, extending as far as Kensal Green, where large-scale building development took place between the s and s. Here can be traced in some detail the evolution of London's nineteenth-century suburban housing. Among the many examples described are the fashionable Italianate villas of the s and '30s in Campden Hill and Holland Park; the opulent large mansions of 'Millionaires Row' in Kensington Palace Gardens; and the red-brick 'Domestic Revival' artists' houses of the s and after in the Melbury Road area.

Victorian ecclesiastical design can also be studied in its many variants, in the area's churches, chapels and convents, including the Greek Revival architecture of Kensal Green Cemetery. At the core of this volume is a study of the estate in South Kensington and Westminster acquired under the auspices of Prince Albert by the Commissioners for the Great Exhibition of , and developed as a remarkable cultural centre for the applied arts and sciences. In many ways the great sequence of world-famous institutions described here - such as the Victorian and Albert Museum, the National History Museum, the Royal Albert Hall, and the Imperial Institute - is a memorial to the Prince Consort's vision.

The book sets out his role in the creation of South Kensington as a centre for art and scholarship, and the parts played by others, such as Queen Victoria herself, Captain Francis Fowke, and Sir Henry Cole the dynamic first Superintendent of the South Kensington Museum. The High Victorian memorial eventually erected to the prince in Hyde Park is also considered. Part of the Commissioners' estate was used for house building, and the volume describes the development here and on adjoining lands of the great ranges of Italianate stucco mansions in and around Queen's Gate, Elvaston Place and Cromwell Road, which today give South Kensington its architectural flavour.

The emergence after of the red-brick 'Domestic Revival' idiom in reaction to all this 'builders' classical'-style housing is here exemplified by half-a-dozen important houses and flats by Richard Norman Shaw. The Grosvenor family's large estate in northern Mayfair, for two centuries a by-word for wealth and fashion, is described in two volumes of the Survey. This first volume, a general history, traces the administrative and architectural history of the estate from its acquisition by the family in and its development and redevelopment from the s onwards around the centrepiece of Grosvenor Square, and analyses the reasons for its pre-eminence among London's great private estates.

Detailed accounts of the buildings are provided in the companion volume This volume completes the Survey's study of the Grosvenor Estate in Mayfair by looking in detail at its rich and varied architectural and building heritage. From the fine eighteenth-century houses of Brook Street and Grosvenor Street to the smart inter-war flats of Park Lane, the Grosvenor Estate offers a compendium of some of the best English urban architecture, often by leading practitioners, from Colin Campbell who lived here in a house of his own design and Robert Taylor in the eighteenth century, to Lutyens and Detmar Blow in the twentieth.

Among the larger buildings described, both standing and demolished, is Grosvenor House, the Grosvenor family's own London mansion, the internationally renowned Claridge's Hotel and the American Embassy's controversial post-war building on the west side of Grosvenor Square.

A Survey of London. Reprinted From the Text of 1603

The volume ends with a retrospective chapter, considering some of the themes and building trends common to Southern Kensington as a whole. The dockland parish of All Saints', Poplar, encompasses the ancient hamlet of Poplar itself, the old shipbuilding centre of Blackwall, and the former industrial districts of Millwall and Cubitt Town.